have you seen this footage of Gordon

When Gordon Liu (劉家輝) was our guest of honour in Amsterdam back in 2011 he played some guitar (he loves making music) and gave an interview about his style and future plans.

As far as I can, I've tried to translate it for you. Enjoy.

Reporter: today there are many wushu performances, where would you look as a juror?
"that is difficult, traditional wushu consists of various styles. Modern wushu has fixed forms. As a juror I would look at the standings, the sequence of movements and the appearance of the eyes. You can not judge the style itself"
Reporter: you are trained in Hung Gar Kung Fu by your brother, Sifu Lau Kar Leung. What is typical Hung Gar.
"Hung Hei-Gun is the founder of Hung Gar. I am the seventh generation. Hung Hei-Gun has set Hung Gar during his flee from Guangdon to Shaolin. The five styles of Guangdon are: Hung, Lau, Choy, Lee, Fat, Mug. Hung Gar is a passive style.
Reporter: Hung Gar is an internal or external style?
All styles have an internal and external content, after the external force you need the internal peace. Hung Gar has three main forms: taming the tiger, tiger crane and iron wire. The first two are external, and the third is internally focused.
Reporter: in which series do you play?
one of my series has just aired, when I get back, I'm going to play briefly in a Chinese series. I also have a role in the film painted skin 2, based on a famous novel. I play it with Donnie Yen. In July I'm going to play in a Western movie in Thailand including a fight scene with the brother of Tony Jaa.
Reporter: you talk with Donnie Yen on wushu?
we've known each other since his first film in Hong Kong. In series and movies we have worked with each other. His mother is a famous sifu in the U.S. He also knows Hung Gar style. Donnie Yen knows different styles profound.
Reporter: how would you like Hung Gar is going to develop.

I would like Hung Gar to spread all over the world. I hope Hung Gar sifu's and students work together. Together we are strong.

Reporter: What are the values ​​of Hung Gar?

Faith and loyalty. Even virtue and obedience to the sifu. The goals are good health and defend your loved ones and country.

Reporter: Thank you very much!
followed by a workshop given by Chen Kuan Tai (陈观泰) with Manlung Tang & Kjer street tricks﻿

«  Vorige behind this site We're back on track Volgende  » 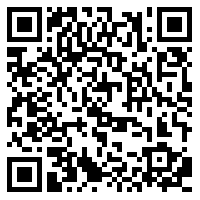